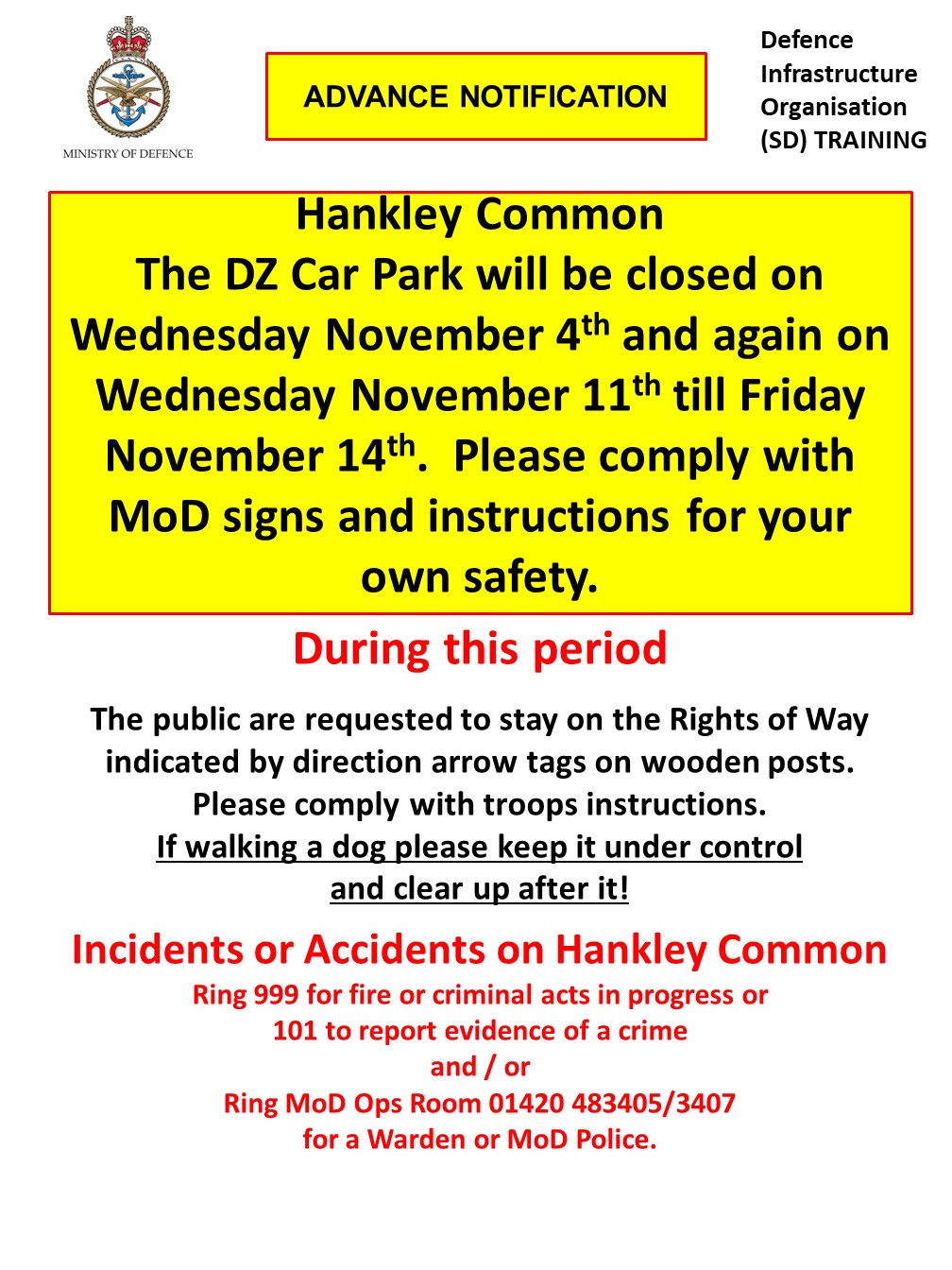 If you see an MoD Sign closing a track, please do not use it. During Military Training, public access is limited to the Bridleways which are Public Rights of Way.

MESSAGE FROM WBC – A mobile coronavirus testing facility is being established in The Wharf car park, Woolsack Way, Godalming, on Saturday 18 July, Sunday 19 July and Monday 20 July. Testing is available to all those with COVID-19 symptoms, but must be pre-booked online. Booking is open from 5pm the evening before and on the day.· Residents should book on the national testing portal: www.gov.uk/guidance/coronavirus-covid-19-getting-tested· Key workers should book on the government portal: https://www.gov.uk/apply-coronavirus-test-essential-workers People must have an appointment or will be turned away. Children under the age of 5 can be tested but there will need to be 2 parents or guardians in the vehicle – one driver plus one adult in the back to administer the test, as people are not allowed to leave their vehicle once on site. If only one parent is present, they should park away from the test centre and enter on foot, where they will be taken to a different area for testing. Those without transport can walk into the testing centre, but the same rules apply on having a pre-booked appointment. 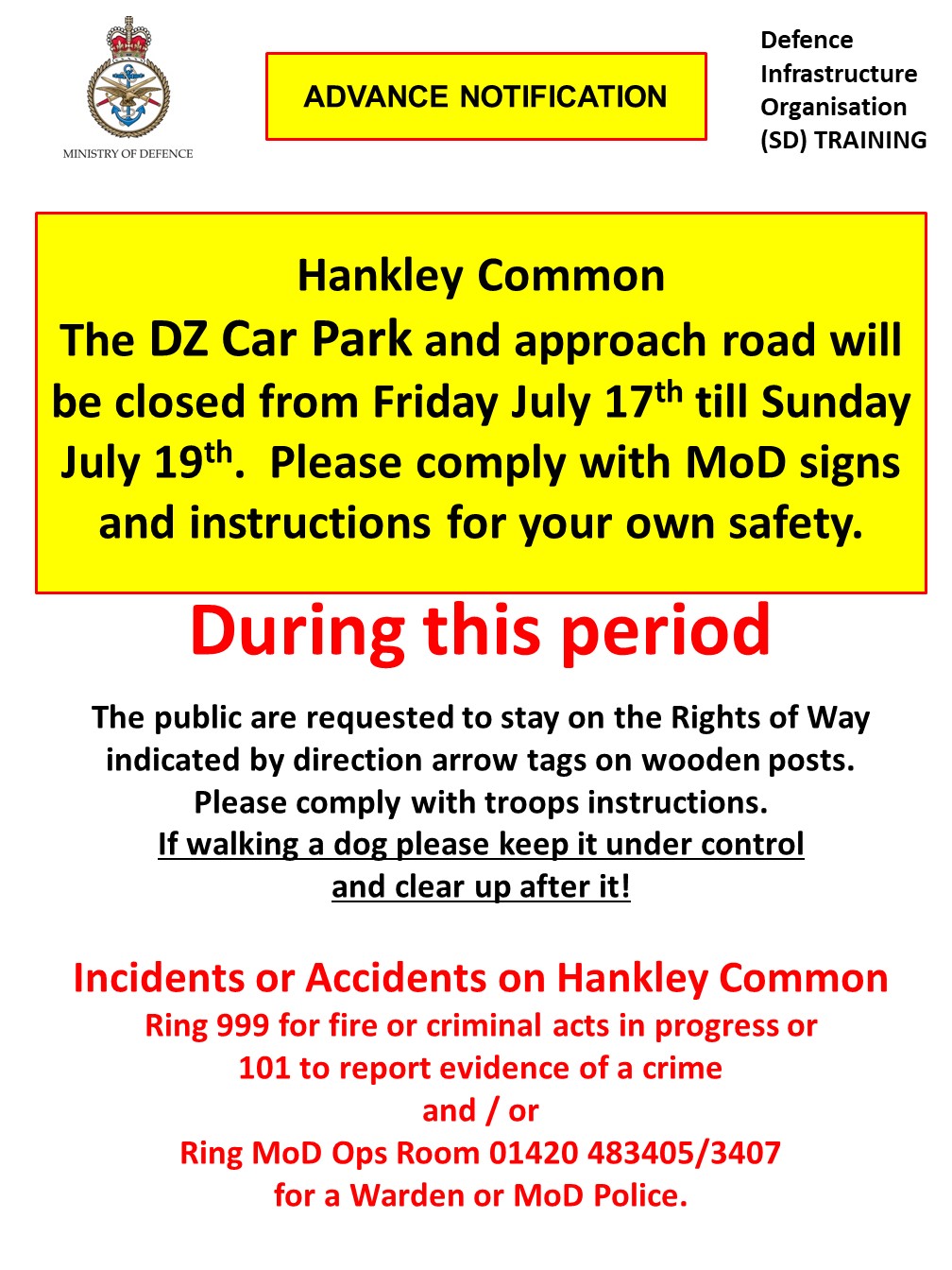 Last Sunday, military training was interrupted by many walkers and riders ignoring MoD signs and instructions from troops.

Marked Bridleways are public rights of way, but Hankley Common is primarily a military training area and this takes priority over public access.  Troops in training use gunfire & pyrotechnics. For your own personal safety and to avoid interrupting training, please comply with signs and instructions from troops.

by Daniel Gee – Head of Content@danielgeeheralddaniel.gee@farnhamherald.com

Many sites are currently extremely dry, meaning wildfires such as this incident can easily occur and spread

THE CAUSE of the blaze that ripped through more than 470 acres of rare, protected heathland at Thursley Common this week – depriving endangered species such as the Dartford Warbler their habitat, and threatening homes in Thursley and Elstead – is still unknown.

But the message from the countless villagers, farmers, police and fire crews who spent all hours tackling the wildfire and helping those affected by the blaze since Saturday afternoon is clear and universal: take your barbecues, camp fires and cigarette butts as far away from our bone-dry heathland as possible.

Sadly, it’s a message that still doesn’t seem to be getting through, with a group of teens spotted using a disposable barbecue to light a fire at nearby Hankley Common on Tuesday, threatening a second blaze in quick succession.

Fire crews have, as of Friday, now left the site – their dampening of the charred heath aided by a short shower of rain on Thursday.

But at the height of the blaze over the weekend around 40 firefighters, working on a rotational basis, were tasked with bringing the Thursley fire under control – with the help of four Unimog fire appliances, four Land Rover wildfire units, one high-volume pump, water carriers and command support personnel.

This tells only half the story, however, as a huge community effort also mobilised on Saturday, with local farmers joining the fire-fighting efforts (see this week’s print edition) and Thursley and Elstead parish councils quickly establishing rest centres in anticipation of mass evacuations.

In the end, these were thankfully not required – nor was Waverley Borough Council’s fall-back rest centre in Godalming – as the blaze was brought under control before reaching homes.

Surrey assistant chief fire officer Kasey Beal said: “Our firefighters have done a tremendous job in limiting the fire spread to the commons area, and in preventing the fire from further threatening Thursley village. While the cause of the fire is not yet known, we urge everyone to refrain from using disposable barbecues, having camp fires, and to ensure smoking materials are fully extinguished while enjoying the outdoors.”

Pat Murphy, chairman of Elstead Parish Council, added the common was home to numerous rare and protected species of birds, reptiles, plants and insects, and it would take “many years” to get back to its past splendour.

“The reserve has been a wonderful place to escape to during the period of enforced lockdown and it is heartbreaking to see the huge areas of devastation,” he said.

Mr Murphy gave thanks to the emergency crews who “worked tirelessly in extremely challenging circumstances”.

He added: “Special appreciation must also be given to our local farming friends who really were the fourth emergency service this weekend and without whose support the extent of the damage would have been far worse.

“Elstead Parish Council is extremely grateful for all the offers of help and support it has received over the past few days. We are working closely with Thursley Parish Council to determine how these offers can best be utilised.”

Both parish councils have also requested people stay “well away from this area for the foreseeable future” – and in particular the nature reserve and boardwalks.

While it is not clear what the cause of the fire was, James Mendelssohn, the chairman of Thursley Parish Council, made the plea: “Please do not use cigarettes, barbecues and camp fires anywhere near the wonderful commons in and around our region.

“It is quite clear following this tragedy how quickly fire can get out of control and the lasting impact it can have.”

James added his thanks to borough councillors for Elstead and Thursley, Jenny and David Else, who were also at the heart of the community efforts over the weekend.

Jenny told the Herald: “When I first heard the Thursley common was on fire, I alerted the parish council and we made arrangements to open a rest centre to be ready receive any evacuees. The cricket pavilion and the village hall were both on standby from 6.30pm.

“We provided a cup of tea and a listening ear to two lovely ladies and their budgie, who were brought to us by the police. But fortunately all evacuees were able to be quickly re-located with friends and family.

“The two parish councils and David and I have, out of necessity during this emergency, worked extremely closely together and continue to do so.

“Both villages are very close communities and the amount of goodwill that becomes evident at times of emergency is boundless.”

“On Sunday, at the request of the police, the council set up a rest centre in Godalming, which complied with social distancing guidelines, to ensure that there was somewhere residents could go if they needed to evacuate.

“However, all residents who were asked to leave their homes by police or fire service opted to stay with friends or family – or made alternative arrangements. The centre remained on stand-by until Tuesday, when the police said it could stand down.

“We would like to thank the fire service, police, parish councils and local volunteers for their prompt and diligent response to this incident. Many councillors, residents and council officers worked together from Saturday to deal with this fire.

“Though the cause of the fire has not yet been determined, we would like to remind everyone to ensure they properly dispose of cigarette ends and avoid using barbecues and lighting campfires on the borough’s parks, countryside and green spaces.

“Many sites are currently extremely dry, meaning wildfires such as this incident can easily occur and spread.” 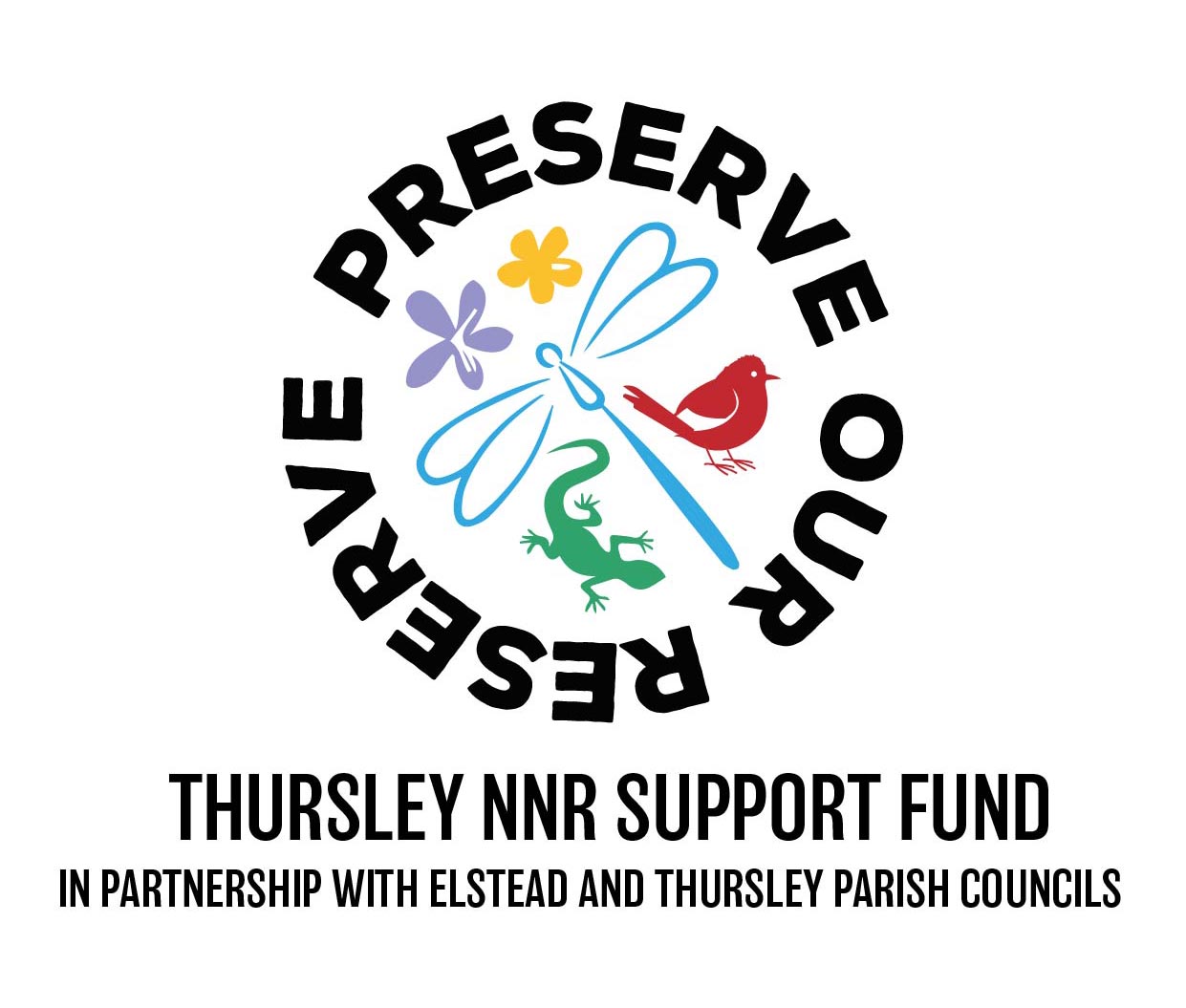 Following the devastating fire at the weekend Elstead and Thursley Parish Councils are now able to share with you details of our joint initiative the ‘Preserve Our Reserve’ campaign.

The following link will give individuals more details and will streamline a way for supporters to donate money and/or volunteer time.
This is still early days and we will be working closely with James Giles to see how best to use any donations and volunteers.
https://elsteadvillage.co.uk/por-campaign-launch/

The fundraising page is here – https://www.gofundme.com/f/preserve-our-reserve-thursley-nnr-support-fund

We thank you for your generous support. 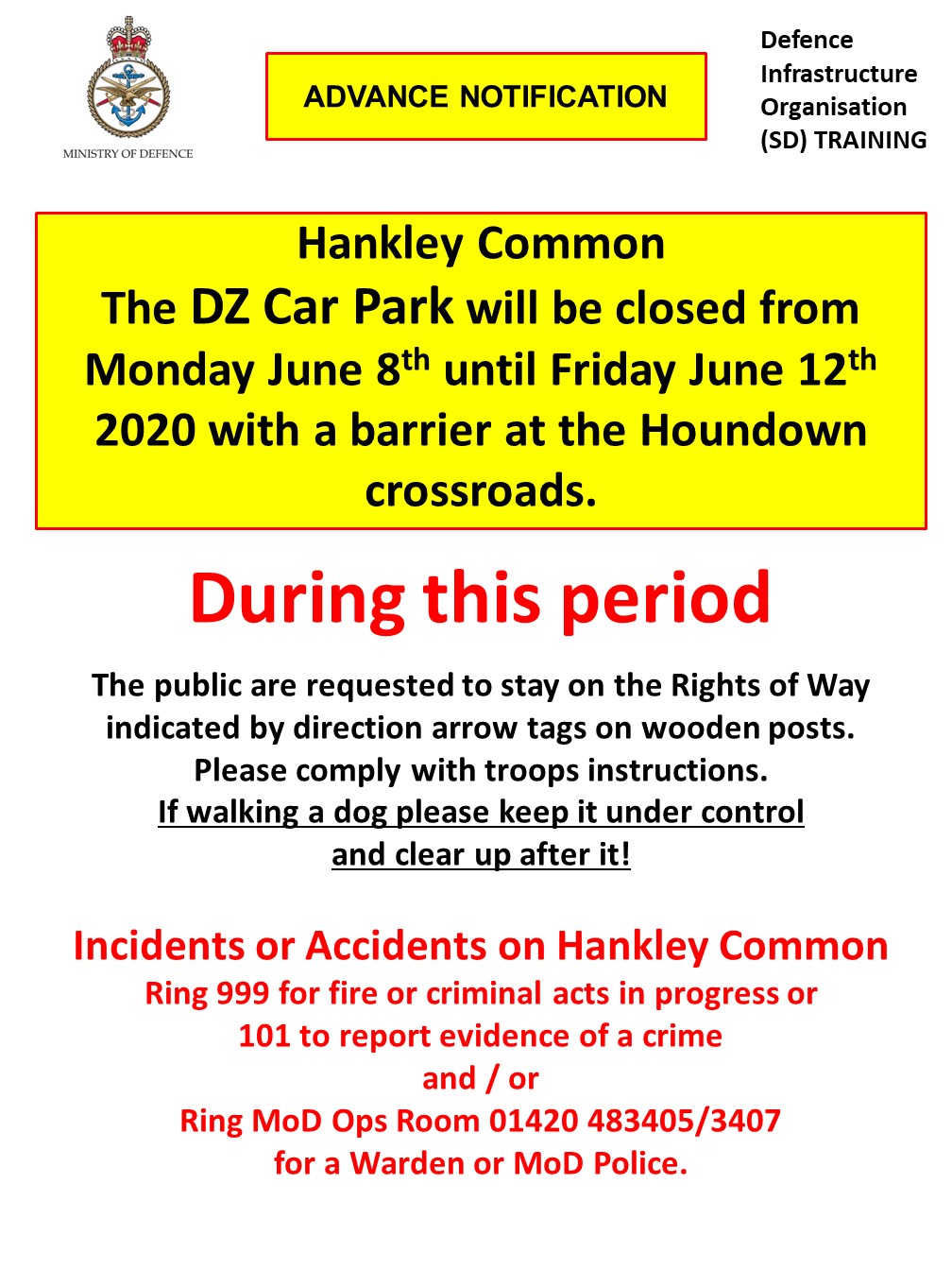 Surrey Fire & Rescue Service have assessed the common earlier this morning and we can now advise residents that The Common is now open to all visitors. There will continue to be a Fire Brigade presence based at the Moat car park.
Surrey FRS have asked that you stay away from all burnt areas. They remain dangerous and there are many severely weakened trees which do represent a risk. Anyone ignoring this advice does so at their own risk.

Anyone coming across any hot spots or areas that are still burning or smouldering, please dial 999 immediately.
The cause of the fire is as yet unconfirmed. It goes without saying No BBQ’s, No camp fires, No cigarettes anywhere on the common.

Finally, Elstead and Thursley Parish Councils along with James Giles and our Ward Councillors have been working to set up a way to manage all the very kind and generous offers of help and support that we have received over the last few days. We hope to be in a position to make an announcement about this within the next couple of days and thank you for your patience. 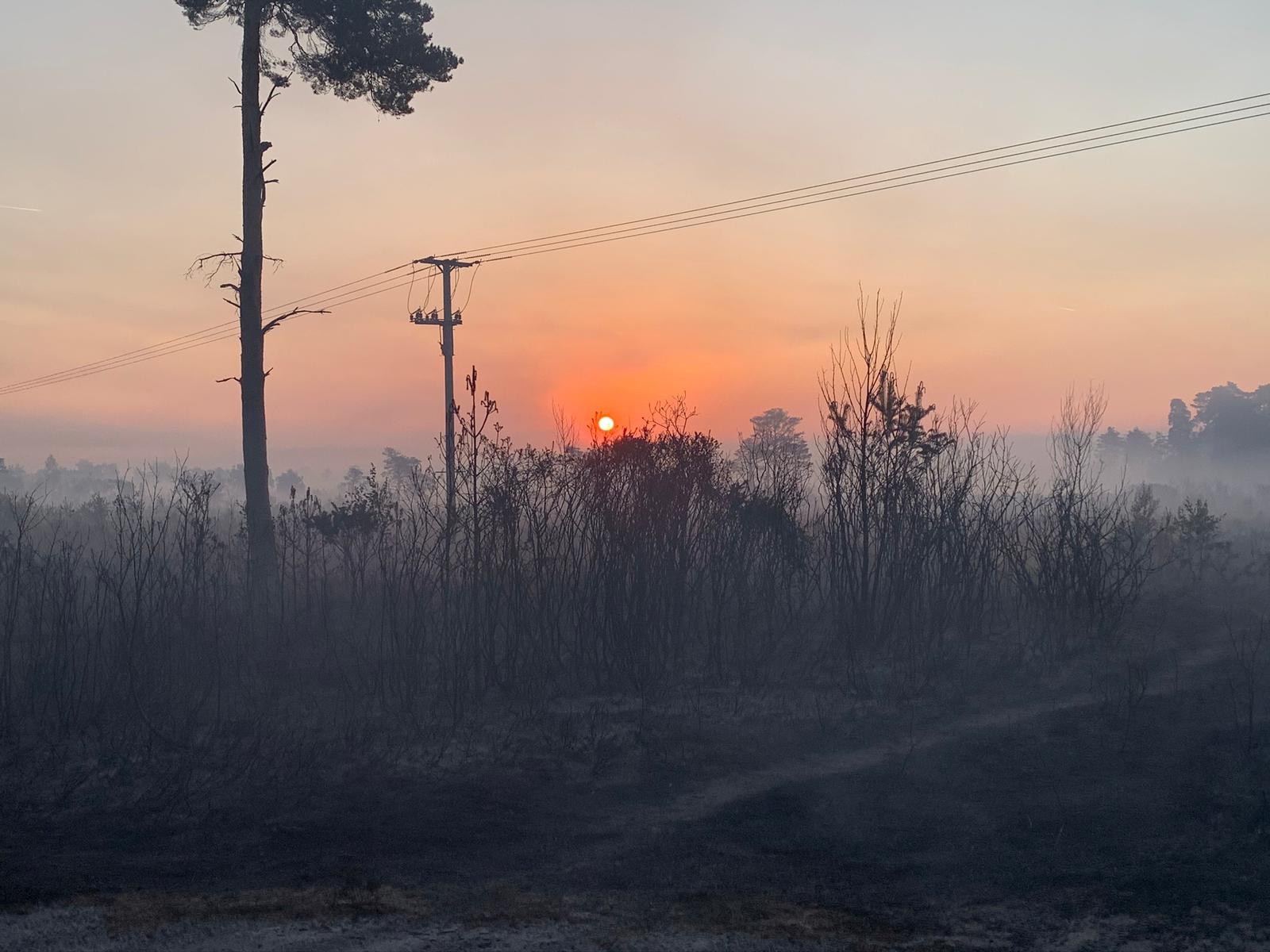 Elstead and Thurlsey Parish Councils are waiting for an update from the Fire and Rescue Service due sometime this morning.

Thursley Road has been reopened however drivers be warned: there is a water hose stretching along the moat side verge which means that whilst passable for two on-coming cars you will need to drive slowly.

Please note that the fire damage is not visible from the Thursley Road so please only use this road if it’s for genuine travel reasons. Dye House Lane has been reopened meaning that Thursley is now accessible.

The commons including the Moat carpark remain closed until further notice.
Elstead and Thurlsey PC’s along with our Ward Cllrs are meeting with Natural England this morning and we will update residents on future plans when we are able.

Please remember that under the Fire and Rescue Services Act of 2004, chapter 21, it is a criminal offence for anyone to go to the site of an active emergency situation so please keep well clear of the common. Thursley PC and Elstead PC will issue a joint statement advising residents when the common has been reopened but until such time please be advised that the common is closed and should not be visited under any circumstance.

Thank you for your co-operation. 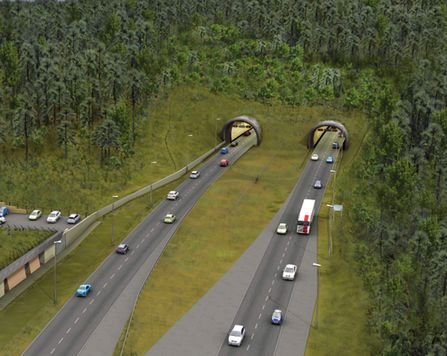 As part of the ongoing work to upgrade the technology within the Hindhead Tunnel, we will be closing the Tunnel (in both directions) overnight this weekend. The closure will be in place from 9pm on Saturday 6 June through to 9am on Sunday 7 June 2020. During the closure a signed diversion will be in place via the A31 and A325.

Please be aware that due to the current Covid-19 Pandemic, all our works are subject to change due to available resource by our Supply Chain, as well as possible adverse weather conditions – please check the yellow signs placed in advance for confirmation of the closures dates/timings. We would like to apologise in advance for any inconvenience or disruption during our work.

If you have any questions, or if you’d like you know more about our work please email us at info@highwaysengland.co.uk or call us on 0300 123 5000.